Here is another Ugly Truth About Mortgages by Steve Sheldon

Here is another “Ugly Truth About Mortgages” from Steve Sheldon Escrow/Impound Accounts – Am I paying more to waive my escrow accounts?

Escrow Accounts, also known as Impound Accounts, are non-interest bearing trust accounts in which a mortgage company holds funds aside on a monthly basis from the mortgage payment in order to pay one's taxes and home owner's insurance when they come due during the year.

Did you know that there is an upcharge on Conventional Loans to waive your escrow accounts?  With that said, interest rates are based on risk.  The higher the risk, the higher the interest rate charged.  Unpaid property taxes pose a risk to mortgage companies.  If the property taxes go unpaid, the local governing body, i.e. county or district, can confiscate the property for unpaid taxes leaving the mortgage company at risk of losing it's collateral on their outstanding loan.  Therefore, mortgage companies charge a higher interest rate to offset the risk of waiving escrow accounts.

END_OF_DOCUMENT_TOKEN_TO_BE_REPLACED

Here is another “Ugly Truth About Mortgages” from Steve Sheldon You could have a problem accepting money from friends or family for down payment!

The Ugly Truth About Gift Funds You think that it’s ok to accept money from friends or family for down payment after you’ve told your lender that you were going to get a gift. STOP RIGHT THERE!!!
Both FHA and Conventional guidelines are very specific about the conditions by which you can receive a gift and from whom. First of all, gifts should only be given by blood relatives or close relations, i.e. fiance or domestic partner. But even with the latter, proof of the relationship still must be proven via joint bank accounts or shared bills.

END_OF_DOCUMENT_TOKEN_TO_BE_REPLACED

Here is another “Ugly Truth About Mortgages” from Steve Sheldon – Did you know cash money for your down payment may not be good enough!

Steve Sheldon at Superior Mortgage Services tells all about “The Ugly Truth About Mortgages” and yes it’s true, there are some cases when cash can hurt your transaction. How is that you wonder? Well let’s just say…

END_OF_DOCUMENT_TOKEN_TO_BE_REPLACED

How can going green cause me problems with my mortgage? From Albuquerque Mortgage Rates and Steve Sheldon giving you “The Ugly Truth About Mortgages” One of the big green questions today is “Should I go solar or not”? As more companies emerge to help homeowners with solar energy projects, and the price of related equipment continues to drop, more and more people are considering making this environmentally friendly idea a reality. Jim Simcoe – founder and CEO of Simcoe Green Homes – proposed a few of the questions homeowners need to ask themselves, and some of the considerations that need to occur during that decision-making process.  Maybe one of the questions you need to ask is, would upgrading to solar power be included in Superior Mortgage 203k Rehab Loan? END_OF_DOCUMENT_TOKEN_TO_BE_REPLACED

How you could loose your dream home because of your new washer and dryer! Albuquerque Mortgage Rates and Steve Sheldon give you “The Ugly Truth About Mortgages” Lets pretend you are someone looking for Albuquerque Mortgage Rates so you can buy your dream home.  Low and behold you find Steve Sheldon at Superior Mortgage Services in Albuquerque New Mexico.  At the beginning of the mortgage process,  Steve pulls your credit to verify your credit scores and current debt structure.  He loads the loan into the system and yes, you are approved,  your Realtor is notified, a pre-approval letter is issued,  you find the house of your dreams and your offer is accepted. END_OF_DOCUMENT_TOKEN_TO_BE_REPLACED

The 3 Major Sins of Sales Management from Steve Sheldon

The 3 Major Sins of Sales Management 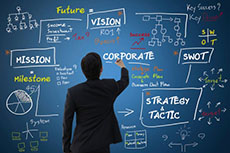 It’s a simple fact of business: Without sales, no one else downstream can do their jobs, says veteran sales manager and business speaker Jack Daly. Because of how vital sales are to a company, CEOs frequently tend to misuse their best people, he says.

“There are three sins that minimize the sales management role, which ultimately holds the company back from achieving its growth,” says Daly, author of “Hyper Sales Growth.” END_OF_DOCUMENT_TOKEN_TO_BE_REPLACED 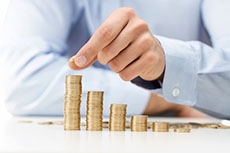 Reflecting the 11.5% growth in home prices last year, income and sales volume jumped for the third year in a row, according to the 2014 National Association of REALTORS® (NAR) Member Profile. The survey also found an increase in new and younger members to NAR in 2013.

The survey’s results are representative of the nation’s REALTORS® members of NAR account for about half of the approximately 2 million active real estate licensees in the U.S. Many non-member licensees are inactive or part time. REALTORS® go beyond state licensing requirements by subscribing to NAR’s Code of Ethics and Standards of Practice and committing to continuing education. NAR members also have access to professional resources to better serve their clients’ needs.

Lawrence Yun, NAR chief economist, says recovery in the housing market since the downturn continues to improve the earnings of real estate professionals. “Fueled mostly by rising home sales and prices, the median gross income of a REALTOR® increased to $47,700 in 2013 from $43,500 in 2012, marking a 9.6% rise and a sharp gain from $34,900 in 2011,” he says. “Although the median number of transactions or commercial deals remained unchanged from last year at 12, this marked a continued return to pre-recession levels after bottoming out at seven transactions in 2008 and 2009.” END_OF_DOCUMENT_TOKEN_TO_BE_REPLACED Today’s newly remodeled kitchens boast more than just rich hues and shiny appliances – they have an eco-conscious ambiance that marries great style with respect for the environment.

Dreaming of a fresh, modern kitchen that is also eco-friendly and strikingly beautiful? Achieving this transformation is more attainable than you may think. Environmental lifestyle expert, Danny Seo, provides these helpful tips on how to add earth-friendly updates to your kitchen: